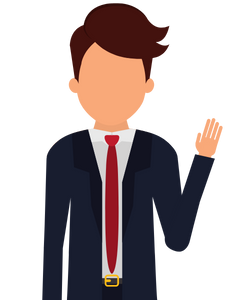 This is not just another building blog. No, we want it to be one of the best building blogs you ever read. We post articles all about the construction industry, and about the work that contractors do. Now, you may wonder why you'd want to read about construction and contractors if you don't work in this industry yourself. But here's the thing: you live in a house. You drive on roads. So, you make use of the structures that contractors build as a part of your daily life. We think that makes construction worth knowing about and reading about, don't you?

Most people think about adding square footage, upgrading the design, and even getting top-of-the-line appliances when they consider remodeling their homes. No one thinks about boring details like plumbing. They should, though. Smart plumbing upgrades can make or break a remodeling project.

Plumbing upgrades in the kitchen:

Kitchens are often referred to as the heart of the home and, as such, are areas of the home where remodeling dollars are often spent. Upgrading the plumbing in your kitchen to make the space more ergonomic should be a top priority.

1. Pot filler - Lugging a 6-quart pot from the kitchen sink over to the stove can be a challenge. Installing a pot filler faucet over the stove, however, allows homeowners to fill a soup pot with water and then fold the spigot out of the way.

2. Foot-activated sink - Commercial kitchens have employed foot-activated faucets in their spaces for years. You can easily add one to your kitchen sink and avoid having to touch the faucet when your hands are covered in food.

3. Extra sink - Installing an extra sink, whether it is a vegetable prep sink in a kitchen island or a second sink in a butler's pantry, is useful in multiple ways. Not only does it allow a second cook to easily prepare food in the same space, but it also can be filled with ice at a party to use as beverage storage.

Plumbing upgrades in the bathroom:

Over 25 percent of remodeling dollars in the United States are spent on bathrooms. This, of course, makes sense, as the average person spends a great deal of time in there every single day. The space needs to be not only in good repair but also efficient.

5. Vessel sink - At first glance, vessel sinks may appear to be an easy swap out with an older sink. Unfortunately, that is not always the case. Many vessel sinks come with a wall-mounted faucet that requires extensive plumbing work to retrofit before it can be installed.

6. Ceiling bathtub filler - Another bathroom plumbing upgrade that requires a great deal of retrofitting — but looks amazing — is a ceiling bathtub filler. With this style of bathtub, the water emerges directly from a faucet located on the ceiling and plummets down into the bathtub for a dramatic effect.

7. Bidet - While bidets may be unusual in the United States, they are often required by law in Europe. That said, bidets are becoming more common in the US as well. If you are considering a bathroom remodel, it is totally doable to have your plumber install a bidet for you and your guests.

8. Urinal - Installing a urinal is another unusual, but doable, plumbing upgrade. A urinal works especially well in a basement bathroom located next to a so-called 'man cave'. Make sure you install a traditional toilet next to the urinal for practicality and resale value.

Whether you are planning a big or small remodeling project, take the time to consider any plumbing upgrades that need to be made as well as any that would enhance your home overall. If you would like to learn more, you can click here for further information.